Did Katrina Kaif got serious on re shot of steamy scene...! 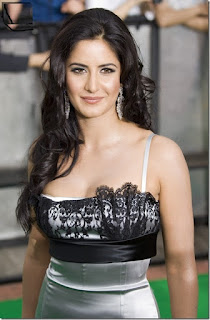 After a very long time Katrina Kaif came in to news.Katrina Kaif who is the beauty of indian movies will handle and act very well in romantic scenes at the movie sets.And one should remember that it should be done in one take only,She hates retake of those scenes.
Recently one incident is happened at the sets is the rumor in industry.Katrina Kaif's new movie 'Fitoor' is getting ready.Aditya Rai Kapoor who is new entry in bollywood is co starring with Katrina Kaif under the direction of Abhishek Kapoor.Aditya Rai is junior to Katrina in acting field.So he feels uncomfortable while shooting of romantic scenes with her.
After the shooting of one scene when director monitored that scene and said to reshoot it,then Katrina Kaif .Then she got angry on Aditya Rai and fired on him is the rumor.Abshishek also had talks with Katrina for re shoot but he failed to convinve her.But finally producer Siddharth Rai Kapoor made Katrina Kaif cool down and made her to acecept to reshoot of that steamy scene.