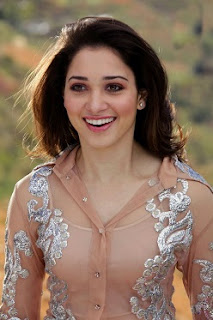 She respects media and specially south media because which took her in this top position in south india.And now that media only spreading irrelevant news on her and she hurted by these news....said tamanna to one of the kollywood media recently. Her bollywood movie Himmatwala which didnt perform well at bollywood box office became one of the news for this south media and writing different stories on her. Not only on movie but also on her acting also is getting more rumors on her personally.And this milky beauty gave reply on these media statements that ..."Failures are not new for her and they welcomed her at he starting of her career.She didnt feel bad after failure of her debuted bollywood movie Himmatwala and she feels bad after getting the false rumors in a media.She didn't do that film to settle in bollywood.While doing Himmatwala movie only she got two offers in bollywood and kollywood.If she wants to settle in Bollywood, she wouldn't have signed those movies. Now she is busy with those movie and at this time these statements made her to disappoint."