Kerala Beauty in romantic entertainer with Nagarjuna in movie ..... 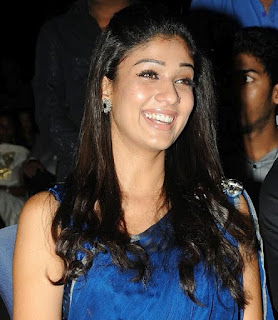 “Till now she had some problems in her life. But now she is happy and with cool mind. That’s why she wants to continue in movies” said Nayanthara. And discussions on her went that ‘Sree Rama Raajyam’ will be her final movie and later this Malabar beauty signed for the movie Nagarjuna and not only that one she will also continue to act in movies .Nayanthara decided to act in both tamil and telugu languages. The reason to act in these industries that “Tamil industry gave her a stardom and telugu cinema industry doubled that star image to her. So, she wants to act in both movie industries.
Nayanthara also acted in kannada movie and she liked their technology.Nayanthara is acting in romantic entertaining movie with Nagarjuna.The latest news in kollywood is that recently this beauty signed for the movie with actor Ajith which will be directed by Vishnu Vardhan,who directed movies like Sarvam,Billa and Panja.This will be nayanthara’s third movie with Ajith,in past she acted with him in movies Billa and Aegan.Recently director Vishnu narrated the movie story to nayanthara and she is showing interest to act in this movie now and shortly she is going to sign this movie.As we know Nayanthara’s remuneration will be nearer to one crore and she will commit three to four movies in this year is the news from movie industry people.