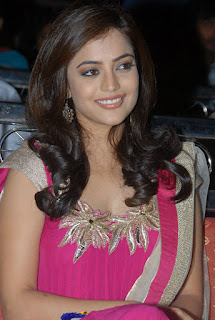 Nisha Agarwal remembered her those college days at the shooting of that tollywood movie tiltled as Solo.Her college days are lovable and smooth going, so again at the shooting of film Solo only she had same environment.The movie Solo is under the direction of Parashuram and starring with tollywood beauty Nisha Agarwal and Nara Rohith who debuted from movie Baanam. The producer of this movie is Vamsi Krishna and movie is to be released on Friday i.e 25th November.Nisha speaking to media said that she is acting as a MBBS student with love, friendly and emotions. This is her second movie in tollywood and getting opportunity to act in this movie is a great celebration for her because at the time of hearing the story only she impressed.

And the director Parashuram made this story very cute and lovable on the sets. And speaking on the actor Rohith,he is very dedicated so that he will visit the shooting locations when he is free though he doesn’t have any shooting scenes. And she is kidding to Rohith that He will be a great director in future. A love between a boy, girl and Father, daughter is the main relationship want to show in this movie. The other casting of this SOLO movie is Jayashudha,Prakashraj and other senior members.Nisha Agarwal said that she is acting in the tamil movie Ishtam which is the remake of her film Emindhi Eevela which is her debut film in telugu cinema industry and she also said that very soon she is acting in high budget telugu movie with famous actor,details will be said shortly.