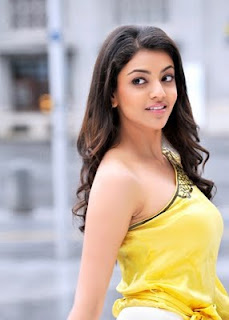 Kajal Agarwal who is a leading actress in tollywood looked in a different character in the recently released telugu picture Veera with Raviteja.when compared to her past movies this character is new experience for beautiful Kajal.The movie veera is starring with Raviteja,Tapsee and Kajal Agarwal.In this movie Kajal will be playing a character of Kabadi chitti.She played a game of Kabaddi in this movie and she learnt his game for this movie veera only.She practiced very much for the shots of this game.Kajal is sentimental and soft natured girl in real life and she played exactly opposite to this in veera movie.From this character she got mass following and she acted in a pregnant role in this movie which made her very difficult to act for this scene.And also that Kajal will also die in this movie.These are all first time experience in the movie.At present Kajal Agarwal is busy in  acting with Nagachaitanya and with the movie Singam remake in bollywood.And not only that she signed for the tollywood movie “The Business Man” with maheshbabu and for tamil movie “Maatran” with surya.This year she got hits in tollywood with the movie Mr Perfect and Veera and hope her upcoming films will be a big hit for her.