Anushka Shetty is most wanted in Bollywood …. 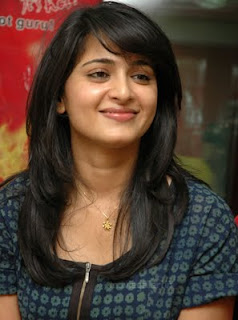 Anushka Shetty is now a days busy with Tollywood and Kollywood and now her beauty and popularity flows to Bollywood too.Thats why bollywood directors and producers offering her to act in bollywood at any cost.But the glamorous beauty denies all the offers.Her recent tamil movie Singam which starred with Surya and Anushka Shetty is getting remaked in hindi now.So bollywood top director Rohit Shetty approached with this offer.Anushka rejects this offer as she don’t want to act in same character with same movie.So then this offer was went to magadheera and darling movie fame Kajal Agarwal.So,now Kajal is busy in the remake film with Ajay Devgan.Ajay Devgan also tried hard for Anushka to act in this movie.And also news that the director and Ajay Devgan are trying for one item song in this movie by Anushka.Here also they got same answer from tollywood beauty. And also news that top actors like Anushka Shetty getting offers from Shahrukh khan And Aamir Khan to work in their films.