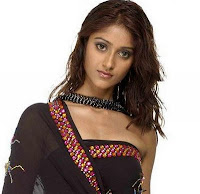 Tollywoods another top actress slim and sexy Ileana is busy in shooting many movies. Ileana is born and brought in Goa. Ileana loves Goa and feels happy for taking birth there. In the childhood, Ileana felt that there is no other beautiful place in the world than Goa as many tourists were visiting Goa from abroad countries. Ileana felt so proud to be there. After sometime Ileana started her career and stepped into the movie world and day by day Ileana is raising as top star. When Ileana started to act in the movies , she use to travel many countries in the world. Ileana realized slowly that there are many other places which are most beautiful than Goa.


At present Ileana shooting for Shakthi with Jr NTR. Other movie, Love Aaj Kal remake, with Power star Pawan Kalyan. Ileana paired up with Mahesh Babu for the remake of 3 Idiots under the direction of Shankar. Anyways Ileana is Lucky girl these days.