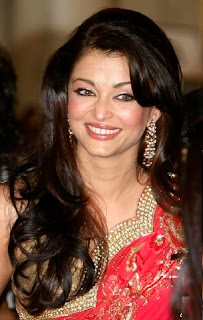 Aishwarya Rai Bachchan is a bollywood actress from India, she is not only top female celebrity in India but also one of the beautiful actress in the world. This beauty had now got a chance to place her wax statue in one the top museum Musee Grevin in europe. This museum had a collection of wax statues of the famous persons of the world.From india Aishwarya got this offer after the bollywood star Shahrukh Khan. She is the first female Indian celebrity to place her wax statue there. News is that museum people contacted Aishwarya before five years only but at that time she is busy with her marriage works with Abhishek Bachchan.So then they placed Shahrukh khan's statue in museum. After the marriage once again they contacted this miss world and then they took sizes of her, but then also she was pregnant. So due to some changes in her body sizes they also concentrated on her photos. Finally they made Aishwarya's wax statue up to her face and released the first look of it. Don't know when will they complete full statue and when they place it in museum. News from the resources is that the statue made by them are inspired by the Cannes film festival 2009 photos.