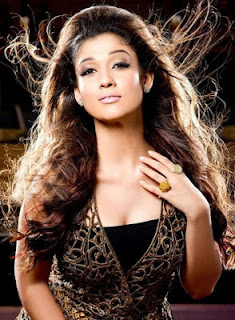 Tollywood actress Nayanthara said no to Bollywood movie. The movie which she rejected is not a ordinary movie but it’s the movie of Bollywood badshah Sharukh Khan. And everyone in indian movie industry are in confusion why this golden offer has been rejected by this tollywood beauty.At present the shooting of the Bollywood movie ‘Chennai Express’ is going in which Sharukh khan is the lead hero with bollywood’s top most and hottest actress Deepika Padukone under the direction Rohit Shetty. And this movie will be the journey from Mumbai to Rameshwaram nothing but a south Indian story. As per the story there will be a song in this movie, so director Rohit Shetty decided to select the south Indian movie actress for this special song. Firstly he got in his mind none other than Nayanthara and approached her without delaying. But finally he disappointed after meeting her because just simply she rejected his offer .When some of her closed ones asked for the reason, Nayanthara replied she wants to enter in bollywood but not with an item song.