Andrea Jeremiah is singing for music maestro ilayaraja's in movie ............ 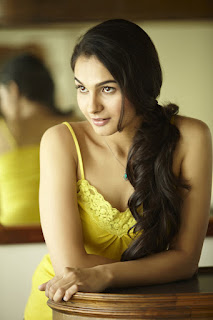 Andrea Jeremiah who became heartbeat of youth by singing a telugu song 'zara zara pake visham ra....' from the tollywood movie rakhee.This beauty is a multi talented.One side as a actress and on on ther side as a singer boozing in industry now a days.Not only that she dubbed the chracters of kamalini mukherjee in vettayadu viliyadu..tapsee in adukalam and ileanas in nanban kollywood movies.This hot looking beauty is now going to sing in the movie 'gundello godhari' casting with adi pinishetty,sandeep kishan,thapsi,lakshmi manchu under manchu entertainment banner directed by kumar nagendra.this movie will be released in telugu and tamil.the music is composed by musical maestro ilayaraja.the movie had seven songs and andria sung one song.and this time also she is eagerly waiting for the feedback from singers and youth.she also mentioned that it is a very special song for her ,may be because of the musician ilayaraja andrea should have said. The position of this song in the movie is placed at good situation is the news.So wait for the Andrea Jeremiah romantic tone shortly as the audio will be released in a few days..