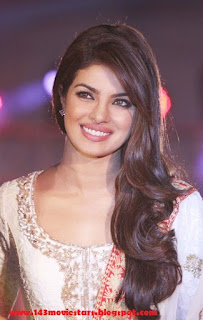 “My beauty and dignified life knows everyone in the world, but they want to know about my performance in movies” said bollywood glamorous icon Priyanka chopra. The bollywood movie Burfee with Ranbir Kapoor is releasing in September 2012.During the promotion of this movie she spoke to media in Mumbai as above. Priyanka said that, she didn’t come in this movie field as to settle as glamorous star. She likes acting and wants to get a good name in this industry. She is very happy when she got the national award for the Madhur Bhanderkar movie FASHION.
Most of the movie icons had got a lot of compliments from the bollywood icons for the movie ‘What’s Your Rashee?” in which she played a twelve different characters. At that time priyanka thought that she acquired the movie world. And also she played in a three different roles in movie ‘Teri Meri Kahaani’ which also got a good name for priyanka chopra. When coming to her latest movie Burfee in which she looks completely different from her past movies. The highlight of this movie will be her role named ‘Jilmil’. The role of a girl who not grown mentally. It is a challenging role and which will be inspired by this role.
Ranbir Kapoor will be looking as ‘Duff and Dem’ and they acted by competing with each other.Ranbir’s name will be Murphy and goa beauty ileana’s name will be shruthi.By entering her character in this movie Murphy’s ands Shruthis ife problems will be started …and remaining should see on silver screens.Priyanka Chopra said that if she gets national award then it will be accepted as a god’s gift.