Indian actress body figure will not be set for ....... Deepika Padukoe 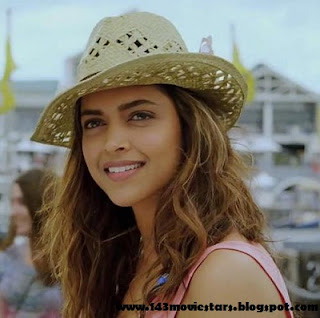 Looking as a Veronica character in cocktail movie is a great challenge for her said bollywood beauty Deepika Padukone. And she thinks that she had done a full justice to this character.At the time of choosing this cocktail bollywood movie,she had been given a script in her hand and given option to select any one of the leading roles. Then she had chosen Veronica character with out another thought. By knowing that this will be a great difficult for this character she took it serious and worked hard. She had a high confidence on doing this character. Basically Indian body structure will not be suited for Veronica character. That’s why she herself worked hard in getting a beautiful figure. Most of the time’s she stayed away from dinner and taken food items which she doesn’t like.She managed her body structure which is not so easy for everyone.
Deepika Padukone explained about her character in this movie …. ‘After the birth of veronica, her parents will stay away from each other. She will be grown under contract between her parents without knowing real love. So her behavior will be different from other people in society.She will be leading a negligence life by wasting time and living with fun.Then suddenly this girl will fall in love with the guy and from then how her life will get twist is the story of this movie....' The director Homy Adhajaniya of cocktail movie is presented the movie very well on the screens.This is Deepika’s third movie with actor Saif Ali Khan. He is best suited for the cocktail character said deepika.This movie will be released on 13th of july and all the movie team is eagerly waiting for the response of this bollywood movie.