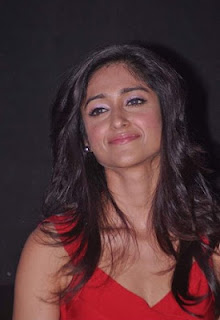 Ileana’s Bollywood Movie Barfee made south Indian movie directors to think once. As we know that she became zero sized for the Shankers tollywood movie Snehithudu which is the remake of Aamir Khan’s 3 Idiots. From then onwards more comments are going in film industry on her glamour. But after seeing her promos of her latest bollywood movie Barfee made them wonder. Two days back the promos of this Barfee movie are released to media by director Anurag Basu. This actress beauty in this trailer made both bollywood and tollywood people to wonder. Those  who had see this trailer are now showing fingers on the south Indian cinema directors that it’s the directors fault not to show Ileana beautiful in her past movies.
This bollywood director Anurag Das made Ileana to look beautiful. In burfi movie she is looking in a decent role.”If in that role only she looks beautiful, then if she acts in a glamorous role hoe she will be looking?” is the belief of some bollywood cine idols. The latest gossip on this goa beauty is that Ranbir Kapoor is moving closely with her and he also told her that in his next film she is the actress. Ileana replied that Ranbir is a good friend of her and nothing between them .And she don’t know about Ranbir Kapoor’s next movie.If the offer comes for her definitely she will not leave that movie. Ileana is happy for the response coming from the ‘Barfee’ movie promos.