Milky Beauty Tamanna in and as Rani Rudhramma Devi ..... 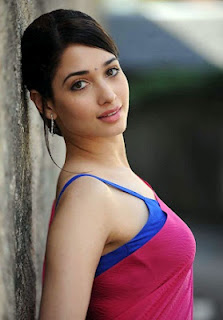 There is no doubt that tamanna’s time is shining in movie industry. This milky beauty is choosing a crazy project. The tollywood movie REBEL with prabhas is under the production and she is also acting with Gabber Singh(Pawan Kalyan) in the movie “Camreman Gangu Tho Rambabu” under the direction Puri Jagannath.Tamanna also entering in the bollywood for the remake of the glamorous star Sridevi’s sensational hit movie HIMMATHWALA. By seeing this movie list only we can know how tamanna’s movie life is going. Though star actor samantha’s dookudu movie had a biggest hit but till now her next telugu movie EEGA under the direction Rajamouli is not yet released and Kajal’s after her biggest success with BUSINESSMAN with Mahesh babu is not at all seeming now a days.Though tamanna has not having like this range of hits she is in a limelight in the cinema industry.Soon she is acting in a powerful role is the news from film city. She is looking in a Rani Rudhramma Devi role under the story line of Gunasekhar in her next movie. In past news came that Vijayashanthi is playing this role later Anusha Shetty’s name came in to news. But finally this milky beauty name came into the film industry. So, very soon we are seeing the tamanna with the sword in her hand.