Is Sonakshi Sinha ready to look Glamorous in movies ....! 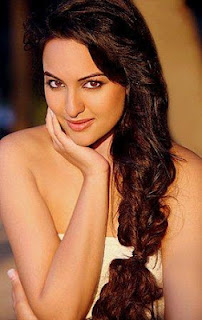 Sonakshi Sinha who made the bollywood people shock by her debuting movie Dabangg which was a super hit at bollywood box office is now firing on media now a days. After her debut movie with salman khan she made a statement to media that-“She will stay away from glamorous roles and she is from a top family of bollywood too. And recently for some media Sonakshi said that ‘If story demands she will look and act in a glamorous role with certain limits. When one of the media asked Sonakshi Sinha, she said that yes what she  said to media is true, If story demands she will act in glamorous roles and it’s not a big issue. It’s better to media that don’t make this statement very big ...said Sonakshi Sinha.