Ileana gives a chance to check her Jeans pant .... 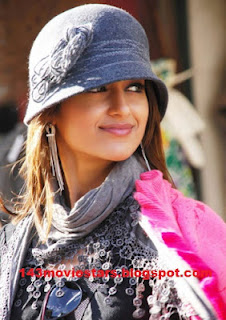 “If she is in this stage in movie industry it is because of tollywood cinema industry only and that’s why she will respect the tollywood in her life” said Ileana. Her movies Julai with Allu Arjun and Devudu Chesina Manushulu with Raviteja are ready to release soon i.e. in July 2012.This goa beauty Ileana said that those two roles in the movies are completely different. When six years back ileana debuted in movie industry with Devadas with her slim figure and now also she is like that only.But some people opinion in movie industry is that Ileana had become little bit slimmer than her recent movies. When asked about this news to her ,she said that “Some people are thinking that she became slimmer and had zero size figure. And the people who came to decision that her figure is zero had got a chance to check her jeans pant size which is of size ‘Four’...said with romantic lovely smile.And speaking on her upcoming tollywood movie Julai and Dhevudu Chesina Manushulu-“Till now what she did the movies had both glamorous and acting roles and she got good credit from those movies. The movies which are going to hit the screens soon are of characters of good scope. This tollywood beauty expects that these movies will be a great complement for her.”