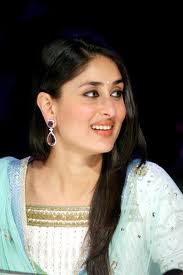 Salman Khan who is the body builder if once he loves anyone he will be ready to do anything and if he hates he will also do anything. Anyway live it . Kareena Kapoor who is one of them loved by Salman Khan and they have good friendly relation. And this pair had a great performance in their recent blockbuster movie Bodyguard. At present these pair is going to seen in the sequel of the bollywood movie Dabangg.Not as a lead actress in the movie but just for the sake of one song with this bebo girl. Kareena Kapoor said ok but had put three conditions like it’s should not be a item song like ‘Munni Bhadnaam ....’ , it should be a completely different song and it must be the highlight of this movie. After hearing these conditions by her the talk is that Salman wants to select the other actress for this special song. But salman finally agreed for her conditions and selected Kareena Kapoor only. Due to their friendship Kareena kapoor also rejected remuneration for this song.
But Salman didn’t leave it there only, the news is that he is presenting the world’s most luxurious car BMW- 7 Series to her which ranges between 1 crore to 1.5 crore.Is it necessary for one item song? But in Salman’s opinion this gift will be best suited for the Kareena’s position.