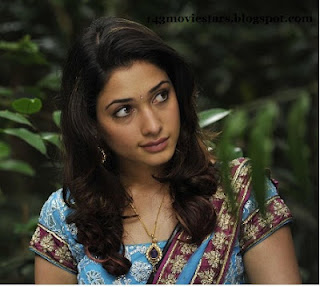 Milky beauty Tamanna Bhatia is back to bollywood after seven years. In 2005 she entered in bollywood as an artist from the movie ‘Chand Sa Roshan Chehra’. Afterwards she didn’t get much offers in bollywood, then at that time she debuted to tollywood from the movie ‘Sree’. Later Tamanna acted in the movie ‘Happy Days’ which is the first success for her in movie industry. Very soon her movie ‘Rachcha’ with Ramcharan will hit the screens. At present she got good craze in tollywood and kollywood too now days. Now she had a eye on the bollywood and news is that she got two offers from bollywood under the bollywood top movie banners. One of them will be the remake of bollywood movie ‘Himmathwala’ which starred Jithendra and sridevi. In this remake film Ajay Devgan is going to act with Tamanna under the direction of Sajid Khan. Now the producer and director are in discussion with tamanna is the rumour.Especially there is no need to tell about the movie Himmatwala which was a super hit. Some of the bollywood byte is that tamanna’s second innings will give her a great success in bollywood.