Anushka Shetty in remake of 'Dirty Picture' in telugu and tamil ......!! 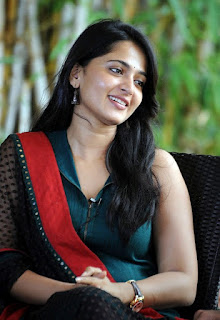 Ekta Kapoor is one of the director who said the picture will be dirty before it is coming on to the screens and that is the bollywood movie ‘Dirty Picture’. And vidhya had attracted more in the movie. Till then Vidhya Balan has seen in a homely character and she crossed her borders in that movie. According to the story she made her appearance she looked glamorous and hot in this movie. And the romantic scenes that she acted made the audience that Vidhya Balan was amazing and said she acted superbly in those scenes. This movie has been translated in telugu and tamil also,but audience not reached up to the mark. So, that’s why the producers are once again planning to remake the Dirty Picture in telugu and tamil languages. That role Vidhya Balan which got a very good response and that role in telugu,tamil languages will be fit for whom in south Indian cinema.
And the news is that Anushka Shetty is one of the actress who will be replacing Vidhya Balan.There is also a reason of choosing Anushka Shetty because of her performance in the blockbuster movie like Arundhati and in Vedham.We already know that this glamorous actress had a good craze in tollywood and kollywood too. So very soon south Indian ‘Dirty Picture’ is soon be rock by Anushka Shetty and soon the directors are planning to approach this Bommali girl for the remake of this movie.