Trisha says Hero's age is not a matter for her .... 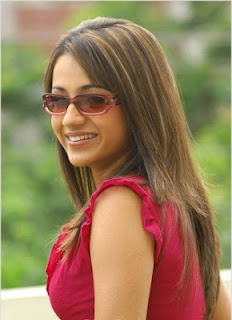 Some people think in the movie industry that if any actress acts with senior heros then actress may be staying far away from youth. When asked her opinion on this statement,Trisha Krishnan replied that ...”Before signing the movies actress should think on the story and their character but not on hero’s age” said with harsh voice. She also said that –“She acted with Fifty plus senior stars like Kamal Haasan,Chiranjeevi,Venkatesh,Nagarjuna ,Fourty plus stars like Pawan Kalyan,Raviteja,Ajith and Vikram,Thirty Plus stars like Maheshbabu,Vijay,Prabhas and now acting with twenty plus actors Jr Ntr,Shimbhu.She doenst have any rules that ,she must act with certain age of the stars.If she would have followed that rule then she wouldn’t have done this much movies in south Indian cinema industry. Acting with senior stars will not discourage them, its just a feeling of some of the people.In this industry talent is important for every star, if its plenty then no doubt everyone will get a good offers. For example check in bollywood,Kareena Kapoor who is the top actress will also be ready to act with Big B Amitabh Bachchan. And this culture should also come in south Indian movies” said the tollywood glamorous actress Trisha Krishnan.