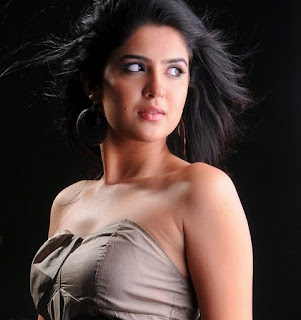 If any one in five of them accepts she will be ready for marriage” saying Deekshaseth.So,after knowing this news then most peole eagerly want to know the five of them.This tollywood Katrina Kaif said that...-“She likes Hollywood stars Tom Cruise,Bradley Cooper and Australian cricketers Brett Lee and mad on Indian cricketer VVS Laxman. Finally likes a lot master blaster Sachin Tendulkar.But all of them married, so there’s no chance to marry them. if anytime they accept anyway then she will think of marriage” cleverly said beauty Deeksha Seth. When asked about her boyfriend,she replied that she don’t have any boyfriends. This stars beauty is like bollywood actresses and more glamorous actress. Then why not trying in hindi films-she feels proud for acting in south Indian movies. Most of the bollywood films are made from the south Indian cinemas. At present in ten bollywood movies three of them are made from south Indian films. From this we can know how powerful south Indian movies are. It’s proud that most of the top actors in india are from the south India only and actresses also get very good offers here. That’s why deeksha wants to settle in south India only at present.