If he wants to marry lots of gorgeous women will stand in queue ...... 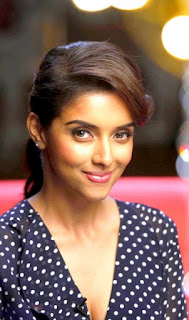 After the marriage of Genelia and Ritesh its time for the media to ask other movie actresses that “When they will get marry?”..Asin is one of them facing this problem now and she is in confusion for giving this answer. Recently the rumours on relation of Asin with Salman became a hot topic in media. So, after genelia got married, shortly Asin will also get marry and it will depend on the decision of Salman Khan is the latest news shown in some TV channels. On this news Asin replied that...”I am a kerala girl and she is born in a very decent family. She will get marry in her home town with their procedures only. She didn’t love anybody and not came to this industry to fall in love. She got lot of friends and Salman Khan is one of them. Just he is only a friend and he is also more elder than me. If salman khan wants to marry then lots of beautiful women’s will stand in a queue to marry him. And finally there is no relation between them as you are expecting. After four years only she will think of marriage and till then don’t spread these type of rumours” said Asin to one of the media.