Amala Paul's lifestyle has been changed after getting into .... 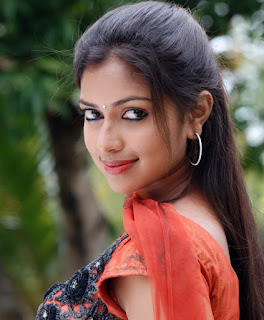 “Till now what had happened in her life is not pre planned and just they are happened unexpectedly” said Amala Paul.This kerala beauty is one of the actress got a good name in small interval of time and she became a most wanted actress now. At present she is acting around five movies both in telugu and tamil languages. When asked Amala Paul that ‘As an artist did she ever thought that she will become a busiest actress in movie industry’- No, when coming to point she didn’t know that she is going to become a actress ...said Amala .This Malabar beauty said that after becoming an actress her lifestyle has been changed.Befor entering into movies she is having a jolly life and now she is thinking of others also.As a cinema actress lots of eyes will be on her in movie industry, so whenever talking anything she will be careful in replying them. Now she is maintaining dignity in public places which is completely different from her earlier life.Amala Paul also had a reason for this because ,some people will be there who will take inspiration of cinema stars, hats why she will be maintaining some standards. These are the changes in her life and nothing change in her hobbies or goals.Amala paul likes to be a simple and depending on her character she will wear dresses,but in free time she will be in simple looking dress.