Is anything wrong in giving photoshoot while pregnant...?...Shilpa Shetty 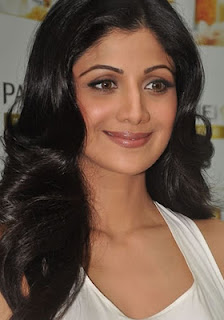 Recently Aishwarya’s daughter photos are put in auction by the Big B family became the hot gossip and rumor in bollywood.And the Big B replied for this gossip that, “They didn’t get that position..”  to put it in auction and Amitabh condemned this news. And another gossip like this only creating sensation in bollywood now. At present the long legged beauty Shilpa Shetty is pregnant which we know. And this news is posted by Shilpa Shetty on her twitter only by herself. And the gossip is that Shilpa had a photo shoot with pregnant and she decide to put a auction for this photos. Is this only gossip? Or she is playing a latest business trick? Are the two discussions going in movie industry? When media asked Shilpa Shetty, why she wants photo shoot while pregnant?-“All are expressing their views on their own as they like. The news which she is not true, how come they know this and ask them only.And the photo shoot during pregnant is not a wrong. And for sake of her ambition only she had a photo session. And she wants this photos will know the mothers love during pregnant will make helpful for programs in world. And some unnecessary people are talking as they like …Its not good for them” said Shilpa Shetty.