Gossip on Relationship With Dhansuh made Shruti Hassan fire ..... 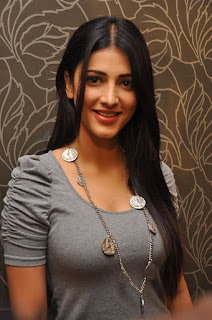 “Gossips will give publicity.Its true.But it will disturb life of some people” … told glamorous actress Shruthi Hassan.The relationship of her with actor Dhanush in kollywood made her to fire on this gossip.Shruthi Hassan said that certain limiti shouls be there in spreading gossips.In glamour field the gossips are normal but upto certain extent it will be good.If an artist neglects and take lite on gossips only then enter in to movie industry …once her father said to Shruti.Then Shruthi said ok she will manage them.But now she is not able to digest these gossips.They should not be hurted to their parents and don’t know why ladies are treated like this in movie industry.Almost most of the gossips will be on actresses only.Till now she didn’t fall in love with anyone and if she falls in love ,she will tell to media.This “Kolaveri Di..” tamil song beauty also tells media to behave pleasantly on these type of gossips which will be good…said Shruti Hassan.