Deeksha Seth is the most wanted actress in tollywood and kollywood 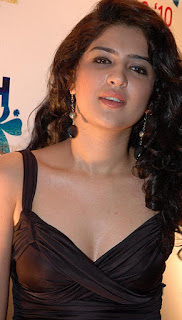 “Acting in the movies is like a standing on the sword.Not only it will get money,prestige but also will get that much of rumors on them.And they should deny as simple.Then only life will go smoothly” said Deeksha Seth.She is the actress who is compared with Katrina Kaif and also calles as tollywood Katrina Kaif.At present this beauty had almost four movies in hand in tollywood,kollywood movie industry.She is the most wanted beauty in telugu and tamil industry.When asked Deeksha Seth How she is facing this competion in movies? She replied – “She didn’t come in this movie industry for competition and will not feel tension that who will be a number one position in this indutry.Deeksha also will not believe in number game.She came in this glamour field to prove as artist and she concentrats on her character in movies only.She is not here to know who is top actress and how to win on them is not her work.Entering in movie industry is a luck and he is on work how to utilise this offer .Most of them will simply strike off that its just simply a glamour filed and its not easy that they believe.The success of the movie will remain for that movie only and when coming as an artist its not enough to shine in one movie.Because the persons who praises that Deeksha is the best actress for the success movie,they only will tell that Deeksha is waste when movie fails.Thats why she is concentraing on her character very seriously in movies …said Deeksha Seth.