Bubbly Beauty got a jackpot in kollywood ...... 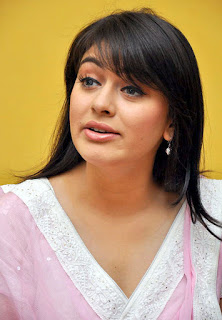 Bubbly beauty Hansika Motwani is called by a name’Jr Kushboo’ these days in kollywood.Once upon atime Khusboo was in high range and now this Jr Kushboo is also in that range only in tamil industry.You dont believe that she became a most wanted actress in kollywood.Dhe attracted tamil people from the movie ‘Mapillai’ which was released last year.And her later movies like ‘Engeyum Kaadhal’ and ‘Velayudham’ proved the talent of Hansika.That’s why she became a most wanted actress in tamil movie industry.
Hansika is now busy with the kollywood movies ‘OK OK’ and ‘Vettai Mannan’ and also acting with vishnu in telugu movie.Recently,Hansika got a awesome offer to act with tamil star actor surya.This movie will be directed by hari.We already know that the combination of hari and surya already had a great success record from the movies Aaru,Vael and Singham.This fourth one will be latest movie with Surya and Hansika.So news from kollywood movie people is that Hansika had got a Jackpot.By this movie bubbly actress Hansika Motwani will get in to the top positon in kollywood industry.