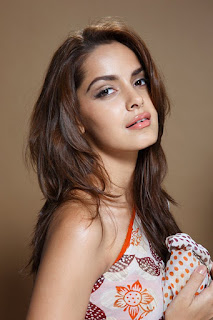 Oh No, Why so early Marriage? is the lines said by the tollywood movie Orange actress Shazahn Padhamsee. This beauty is going to get marry is the latest bollywood media gossip spreading in industry and then she reflected as above by this rumor. She said that she is just 24 years now and now only her career is starting. At this time if she will marry this will be a mad thing for her. And after five years she will think of marriage then only ask this question for her….said Shazahn. When asked about her affairs in industry-“If a heroine career is ten years then in that period at least links with ten people are published in media by wasting their valuable time and she don’t want to react on these type of rumors.
Shazahan also tells that shortly she is working in bollywood movie under the huge production and she will announce the details shortly. She also getting offers but due to failure of the movie Orange she disappointed for some extent but that movie is a great milestone for her. And will be seen in tollywood with great movie shortly.