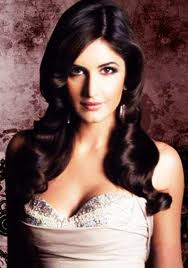 Katrina Kaif got plenty of allegations for her dancing in telugu movies that she acted in films like Malleshwari,Allaripidugu. Not only in tollywood but also in bollywood before TeenMaarKhan movie. But now Katrina became a crazy dancer in Indian movie industry,not only crazy but also a sensational actress with the song Sheela Ki Jawani. By this ultimate song of Katrina lakhs of fans are waiting for her next item song. We also know that Katrina Kaif is acting with Hrithik Roshan in latest upcoming bollywood movie Agneepath which is directed by Karan Malhotra. In this movie Katrina kaif had a item song with the lyrics “Chikni Chameli……” and its no doubt that it will create a sensation in India. In this song Katrina’s expression and exposing her body will be a highlight of this song and already video of Chikni Chameli is rocking before release of this movie.And when asked about this to her-“She said that this credit will completely goes to the director Karan.She likes dancing but didn’t have enough time to do.After entering in movies also she is weak in dancing .But after well practicing now she is able to dance very well in the movies ”.