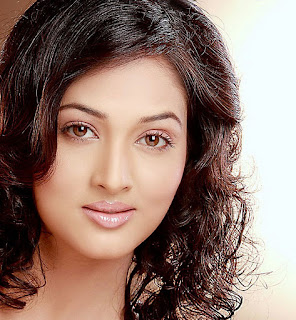 On that day when she had a crown she doesn’t have limits to her happiness and the desire of becoming actress made that crown a successful first step for the actress Vidhisha. This beauty has bagged the Miss Uttarpradesh 2003 title crown and she made this above statement. At present Vidisha is acting in tollywood movie Devaraya with actor sreekanth.This is second movie for her in tollywood.Her first film is Athili Sattibabu as lead actress,then she acted in tamil and kannada cinemas, that’s why she had a long gap in tollywood said Vidisha …and “She loves acting.After claiming the title of Miss Uttar Pradesh she acted in some commercial advertisements and from there entered in film industry.Till now acted in telugu movies Aala,Ma Idhari Madhya and Attili Satthibabu.After a long duration she has been doing this Devaraya movie. From now onwards Vidisha wants to concentrate on tollywood movies,if good stories and roles comes to her she wants to settle in telugu movie industry.Vidisha said that her inspiration is bollywood top actress Madhuri Dixit and she is her all time favorite. One side with glamour and other side with performance made her that biggest star in movie industry and Vidisha wants to follow Madhuri now.