It's a Unforgettable Night in Her Life ...Amala Paul 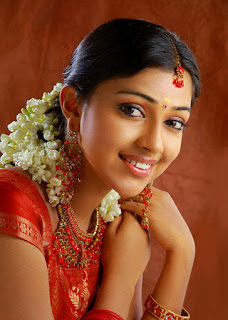 Amala Paul is one of the kollywood top actress. Her beauty and hot figure with great acting made her that position.Amala Paul tells one happiest incident in her life, “On one day she didn’t get sleep till midnight, but anyhow managed to sleep after sometime so that she should be active in morning for shooting. Exactly at that moment she heard a calling bell and opened the door. She shocked on seeing him that he is the person was sent by the tamil star Rajnikanth. He sent a bouquet for her for the tamil film Maina for her great performance. And she feels happy by listening this news and she will not forget this day.”And this will be her unforgettable complement in her life.
Amala also said that though he is a big star in india,he sent her a bouquet ang encouraging the upcoming actresses and she cant tell in words. And other side till now she acted almost in traditional and family roles. This would have made her that Amala is not suitable for glamorous roles. When asked to Amala Pal…”Because of her movies Maina and Naana in which she looked completely in a traditional would have them this feeling. And if she would have targeted these glamorous roles, now she would be in top position with around ten movies at hand. She only prefers the movies which will make her feel as a good actress.
She also said that there is a movie which will make her look glamorous. It is a tamil movie Muppaladham Unn Karpanigal which is going to be released and it will be her first glamorous movie in film industry This will be a romantic film and will look glamorous than in previous movies. She had chosen this movie not only for glamorous role but for a good role and story. From now onwards AmalaPaul wants to do the glamorous looking roles along with the acting based roles which will make her to reach good position in movie industry.