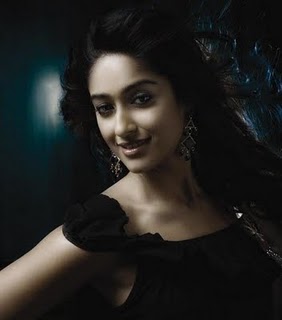 It seems that luck is in favor of tollywood slimmed actress Ileana. Because in bollywood  she is busy with the shooting of her bollywood movie Burfi with rockstar Ranbir Kapoor and before the release of that movie only she got another huge offer in bollwood to act with bollywood khiladi Akshay Kumar.Now a days she is busy in bollywood after the completion of her tamil movie project Nanban which is going to release as sankranti festival special in January 2012.From last week Ileana got busy with the tollywood movie shooting.And the movie shooting started at Miyapur in private hospital in Hyderabad.
This movie under the direction of Trivikram Srinivas who gave the super hit movies like Athadu and Jalsa.This is good news for tollywood lovers that Ileana is back in tollywood after long gap that is because some of her movie failures.In that gap the top actresses like Kajal Agarwal and Samantha occupied her position in tollywood.We should not forget that Ileana is one of the top remuneration taking actress in south Indian movies.These ups and downs are common for the top crazy actresses and this devdas girl facing this type of situation for the first time in industry.Latest bollywood offer gave her more confidence and other actresses seems to be feeling jealous.