Anushka Shetty to act in Kollywood with success of Vaanam ........ 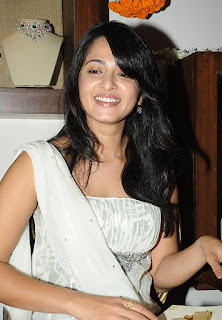 By the movies Arundhati and Vedham made her not only a star but also a great and glamorous actress.Yes,its about the tollywood girl Anushka.Very soon she is getting the offer in kollywood under the sensational director Bala,in which the movie will be a lady oriented story which is latest news in tamil movie industry.Her recent tamil movie vaanam movie was seen by the director Bala,and after seeing her performance in that movie his eyes didn’t believe him.He said that he heard that Anushka is good actress but now he concluded and came to know that she is a great actress.Then Bala confirmed that he will definitely do a lady oriented movie with this tollywood beauty…so soon will make the magic in south india with her performance. And we know that the Bala will have a different character in every movie like handicapped or health problems and now how he is going to show this glamorous Anushka is the main suspense in this movie. Already in kollywood peole are saying that definitely Anushka is going to have a National Award for this movie.And should see when this famous project is going to take place and if happens definitely Anushka Will be a luckiest person.