Kajal Agarwal denies her interview and photoshoot for magazine… 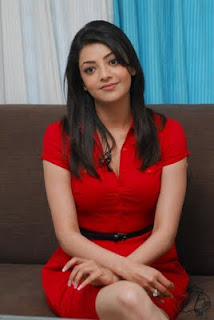 Kajal who is the top star in tollywood became sensation in bollywood with her hindi movie Singham which created records in bollywood .She acted with the star Ajay Devgan,that movie is the remake of telugu movie Singham.Recently she gave a photoshoot in Mumbai and that photo was published on cover page of the English magazine. The photo looks so hot and Kajal looked in topless. But Kajal denies that photo session. she just gave a photo shoot  and she was wearing a black colored tube top costume. And saying she also requested photos before publishing but they didn’t send her and she didn't gave any interview to them. Someone has morphed it and published on that magazine. But when asked to that magazine people they replied that on August 18th we had a photo shoot with her and they have proofs. They don’t need to morph images and wondering why kajal is telling like this. They also said they had photo shoots with actresses like this before but no one created issue on this.