Is Deeksha Seth Will Look in Bikini and Liplock Scenes In Movie ....... 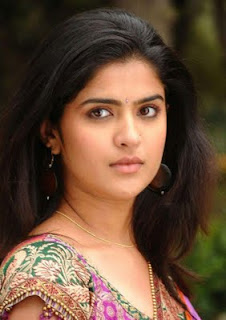 Deeksha Seth who is the glamorous actress of tollywood is became most wanted in tollywood and kollywood cinema industry.Her role and acting in the tollywood movie Mirapakay got a good name for her.She is known as the tollywood Katrina kaif in film industry.So without releasing a single movie in tamil she is getting many offers from kollywood.At present she is busy with tamil film Vettimannan with shimbu and with other tamil movie with vikram in Rajabaatai.This movie will be released in telugu also.Top most actors in tamil industry like surya and vijay are also waiting for their turn to act with this glamorous girl Deeksha Seth.When asked this to her –“opportunities are getting for me but I am choosing good scripts.Though busy in kollywood  she will concentrate on tollywood only. After tollywood only everything for her.Acting with star actor Vikram made me feel happy. From his movie Anniyan she became fan of him. She didn’t expect that she will get a chance to act with star actor vikram even in her dreams also .So it will be a great achievement for me. And tha movie with vikram will be a mass masala movie.”said Deeksha Seth. And asked about the rumours in kollywood about in vikram movie Rajabaatai  she wore bikini and had a romantic liplock with him –She replied that For story and situation glamour should be there,that will be there in the movie and about bikini and liplock said watch the movie after the release and know the facts.”said with lovely cute smile.