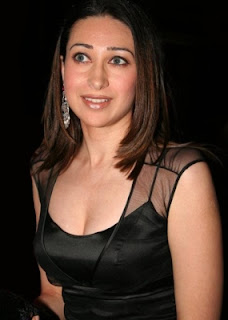 After beacoming mother of two children also the beauty did not disappear.It s about past bollywood glamorous actress Karishma Kapoor.After her marriage with business man sanjay kapoor ,Karishma didn’t act in film.Her movies like Dil To Pagal Hai and other yash Chopra fims were block busters in bollywood.Now after seeing her beautiful appearance media is saying that surely she can again start his acting field.And her last film is “Meri Jeevan Saathi” in 2006.After that her fans and well wishers are waiting for her re-entry in to movies in bollywood.Annd this will be good for them as Karishma kapoor is entering in her second innings with Vikram Batt’s movie “Dangerous Ishq” which will be a 3D thriller.In this movie she is playing a lead role.On this news Vikram said that-“He narrated the story of this movie to Karishma Kapoor.She liked this story.This movie will be based on rebirth and a lady oriented movie.The shooting will be held in September in Rajasthan.And Karishma Kappor said that till now she didn’t act in this role and the story will be very thrilling for viewers and acting in a 3D will be a pleasant experience for her.And the shooting of the movie will be started in two months ,so busy in busy in making her body fit and glamorous.