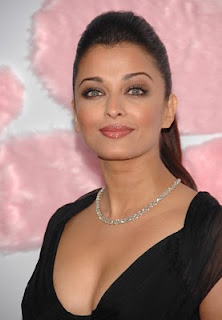 RGV who is sensational director and man of news for media once again made a shocking news in movie industry. We know that already RGV’s dream girl is Sridevi, he told many times at different occasions and also said no one will be compared with her beauty in future also. But recently he twitted a message on his twitter id that “Aishwarya Rai owns thousand times beauty  than Monalisa”.May be he wants Aishwarya Rai to act in his future movies. So in media news is that Ram Gopal  Varma never praised other actress than sridevi till now,But suddenly why he is praising Indian glamorous beauty queen Aishwarya Rai Bachchan. On other side after complementing her wife Aishwarya ,Abhishek Bachchan called to Varma and says “Thank You …”.And Abhishek also said that “He also feels like that only, She is beautiful than Monalisa”. So, after hearing this news Aishwarya couldn’t digest Abhishek Bachchan’s conversation with RGV. When asked Aishwarya by media  she said –“ She known as Miss Universe in the past and now she is the wife of one person and there is no need to praise one’s wife infront of other.And her beauty may or not be liked by others,if wife looks beautiful for her husband its enough .She simply regretted to speak on Ram Gopal Varma’s complement message and said lots of complements like these seen in past”.