Role is Important than remuneration – Swati 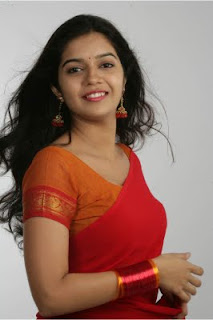 Nobody in tollywood will forget the dialogue from the hit movie Ashta Chamma “Mahesh …Mahesh….”acted by Swati is one of the best dialogue made audience laugh for ever.Swati is the TV anchor of telugu channel  became fame after the movie Ashta Chamma which gave her a good name in industry. After  film GKHS  she is getting huge offers in telugu industry.But she is giving more importance to her role than the remuneration. Now a days tollywood is ruling by other state actresses but swati is one of the actress who is from local movie industry only.She also believes that without working hard there will be no success .Recently rumours on swati that she is demanding high remuneration, then she replied as above. Anyhow telugu cine industry is in much need of local (regional) actresses.