Richa Gangopadhyay once more with Venkatesh…. 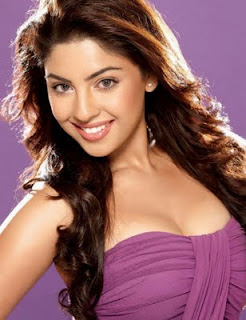 Nagavalli girl Richa Gangopadhyay is once again ready to act with Victory Venkatesh in tollywood. So after the successful hit of the movie Mirapakay she took a lot of time in selecting the movie. As we already know she played a very cute and bubbly role in that movie with raviteja.She knows that the selecting the story of the movie is important to stand in cine industry.So,she signed the movie in which Venkatesh is actor and news that she is looking in a hot and glamorous role in this movie.The producer of this new movie will be Bellamkonda Suresh  and directed by Gopichand Malineni.The movie will be starring with Trisha Krishnan,Venkatesh and Richa Gangopadhyay.Richa is very happy as she acting with Venkatesh for second time and also this will be Trisha’s third movie with venkatesh after Aaadavari Matalaku Ardhale Verule and Namo Venkatesha.So,Trisha and Richa are getting ready to romance with Venkatesh may be a triangle love story.