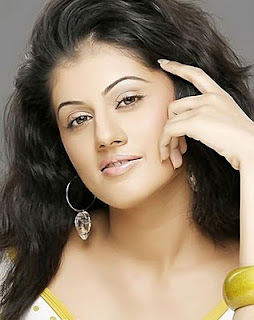 Tapsee is one of the actress who became star overnight. From her debut  movie Jummandhi Nadham  this Punjabi glamorous girl reached as star actress.Though in tollywood busy with the movie schedule she also getting lot of  offers  from kollywood  who already debuted in tamil movie Aadukalam.Freshly she also entering in bollywood from the movie Chashme Badhoor.Not only tollywood, bollywood, kollywood but also she is entering in Malayalam from the movie tiltled as Doubles with star actor mamooty.In a short period she is acting in top four movie industries in different languages is now romancing with Prabhas in the movie Mr Perfect and with Raviteja movie Veera.Thapsee already signed the movie which is starring with Gopichand soon which is going to be directed by Krishna vamsee and produced by Nallamalupu Bujji. So thapsee break the records of all actress in acting in four language movies.So other glamourous actresses don’t be jealous of Thapsee.