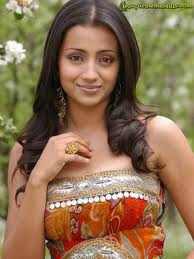 Trisha Krishnan is again in another controversy. Recently Trisha’s name has been heard in the controversy of drugs. But Trisha Krishnan denies her involvement in the drugs controversy. Trisha says that she had nothing to do with drugs. Trisha Krishnan is now a days busy in shooting in abroad for a tamil movie “Manmadhan Ambu” with Kamal Hassan. After coming back to Chennai Trisha Krishnan firstly visited, with her pet dog Joya, her friend Sunder who is maintaining Spa there. Sunder made massage to her pet Joya which became very active after massage.