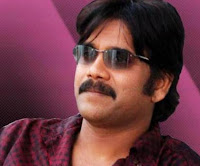 Akkineni Nagarjuna signed new movie with the director Srinivasa Reddy, who has made comedy films with young heroes like Sivaji, Allari Naresh. Entire tollywood is surprised as Nag agreed to do the movie.Director is very much happy as top star, who is rocking since two decades in tollywood, signed their movie. The movie will be made under R.R. Movie makers produced by Venkat.Director says that Nagarjuna will be seen in different role which ever seen before and movie will be with high standards. A leading actress will be seen in the movie.