Megastar reveals his feelings at ROBO...... 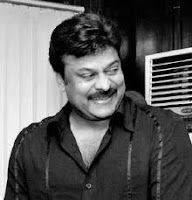 Megastar Chiranjeevi,Tamil actor Rajnikanth and Mohanbabu met at one stage at the audio release function of much awaited film of tamil superstar Rajnikanth which is directed by one of the most famous south indian director Shankar who made the big films like Indian and so on.Beautiful Aishwarya Rai is the actress in this film.Chiranjeevi expresses his feeling after seeing the trailor of ROBO movie the,he wants to act in the film like ROBO,he likes the trailor very much.He also told thathe wants to work under the direction of Shankar.