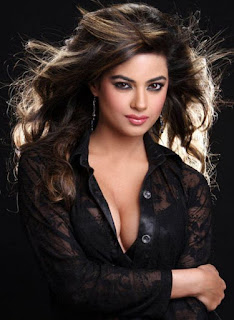 Meera Chopra whom we saw a long back ago recently visited hyderabad.She is one of the tollywood actress acted in the movies Bangaram,Maska and Vaana.For Meera the movie Bangaram was a nice experience for her in tollywood because in a short time she got a chance to act with power star Pawan Kalyan.After the Vaana movie she nowhere seen in tollywood.Her career in movie industry started in the year 2007 and this beauty acted in tollywood and kollywood movies also.Meera also acted with the tamil stars like Shimbu,Bharath,Arjun and S.J.Surya.This north indian beauty also acted in Kannada movie under the direction Darshan who is the top director in Kannada film industry.So,after a long gap she visited Hyderabad and said She wants to act in tollywood continuously from now.Moreover she is hearing that “Meera is staying away from tollywood” but its not true.Due to busy schedule in kollywood she not able to concentrate on telugu movies.At present she is concentrating on telugu movies only and already two of the movies in tollywood are under discussion..said Meera Chopra.Anytime in movie industry preference will be given to glamorous roles but actresses are interested in search of both glamour and acting role.And in other situation Meera Chopra said that –“She wants to stay away from stage shows and wants to act only  in commercial advertisements”.In these four years she acted almost in ten movies which almost all movies got a good response.